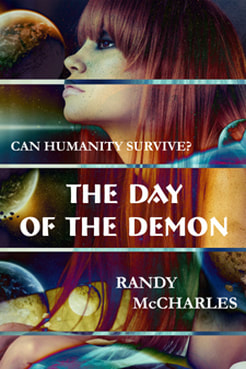 The Day of the Demon
Released August 2016

On a remote, barren planet along the outskirts of the galaxy, a desperate remnant of outcast humanity struggles for survival. But which is the greater threat? The enemy from without? Or the enemy within? Against a backdrop of slavery, outlawed technology, dubious prognostication, and sought-after telepathy, an orphan girl must help an arrogant prince discover his true self as deadly forces conjoin to eradicate mankind.

Shortlisted for the 2017 Aurora Award for best Canadian speculative fiction YA novel.