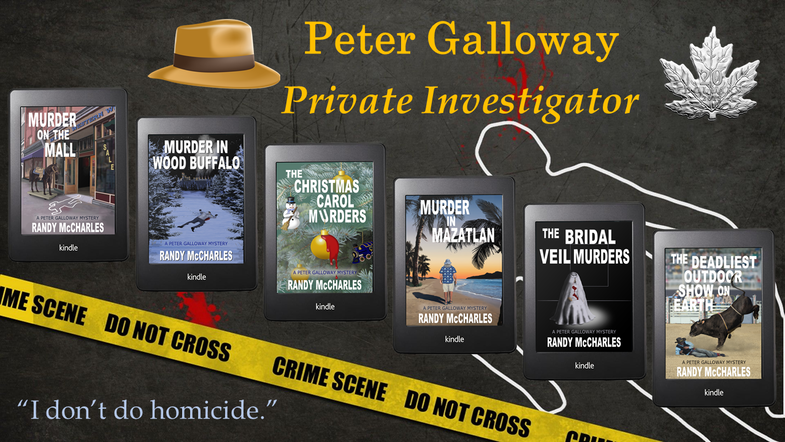 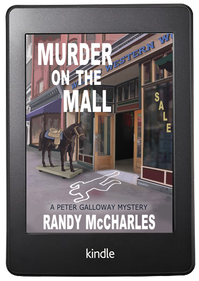 Book 0: A Murder on the Mall
An introductory short story.
Peter Galloway thought he’d put murder in the rear-view mirror when he left Calgary Police Services Homicide to pursue the life of a private investigator. Cheating spouses. Runaway teens. PI work is a terrific improvement over the murder of the week he’d faced the past six years as a cop. Today the gig is something unusual— a nickel and dime protection scam. He’d have this one put to bed before dinner, maybe even before he finished his coffee. His strategy to catch the culprits is turned on its head, however, when a gunshot echoes along the crowded outdoor mall. So much for leaving murder behind.​
​
Free eBook available at leading retailers.
​Note: Amazon may not always show Murder on the Mall as a free eBook. The free eBook can still be found at other kindle retailers or may be downloaded using the link below. 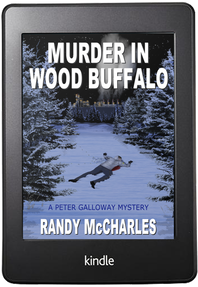 Book 1: Murder in Wood Buffalo
When ex-homicide detective Peter Galloway is asked to investigate a murder in the Alberta oil sands, he has nothing but misgivings. His better judgment, however, is trumped by the prospect of working with an intriguing RCMP officer. Armed with only his wits and the support of a small-town police service, he is forced to confront not only the dark side of a modern oil boomtown, but his own personal demons. With no shortage of suspects, Galloway must find an elusive killer or risk damaging his hard-won reputation in this seemingly idyllic northern community.
​
eBook available at leading retailers. 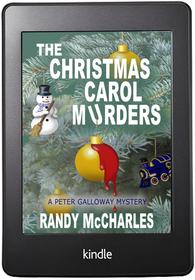 Book 2: The Christmas Carol Murders
When Peter Galloway takes Angela Ford and her two children into hiding to elude her abusive husband, they wind up in Prince George, British Columbia where they are unexpectedly embroiled in a series of grisly murders at a nearby high school. With the help and hindrance of the local RCMP, Galloway and Ford struggle through a sea of bureaucracy, power games, and victimized teachers in hopes of catching a killer before the next body drops.
​
eBook available at leading retailers. 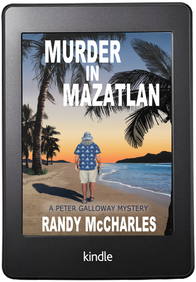 ​Book 3: Murder in Mazatlán
While in Mexico searching for his fugitive father, Peter Galloway chances upon the murder of a Canadian tourist. What should be a pleasurable working vacation in an exotic destination becomes a desperate struggle to understand and survive the dangers of an unfamiliar culture. Criminals, police, and politicians all hinder Galloway’s investigation, bringing their own brand of danger, and turning upside down his understanding of justice. Even RCMP Sergeant Angela Ford is helpless to keep Galloway out of trouble. 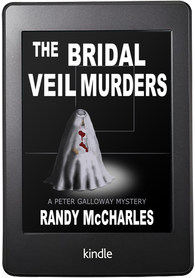 ​Book 4: The Bridal Veil Murders
​Peter Galloway’s search for his mother’s killer takes him to scenic Niagara Falls, where he and Angela Ford pose as an engaged couple at an international bridal fair. Things go from bad to worse when they discover murder at the fair along with clues suggesting a runaway teen may be next. Galloway and Ford pit their wits against a gang of ruthless drug traffickers only to discover the criminals are more than meets the eye. 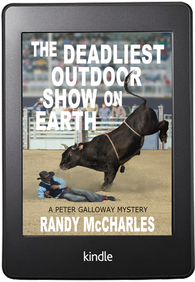 ​Book 5: The Deadliest Outdoor Show on Earth
​Peter Galloway’s pursuit of his mother’s killer brings him back to Calgary, where he determines the accidental death of a rodeo star at the Calgary Exhibition and Stampede is in actuality murder. Enlisting the aid of Angela Ford, his investigation into the workings of the international rodeo circuit leads to an attempt on his life as well as an answer to the twenty-year mystery of who killed his mother.​

A Murder in Wood Buffalo is a page turner you don't want to put down. The creation of such dynamic characters as: Galloway the P.I., Sgt. Ford the talented female RCMP officer, and Chief John Raging Bull of the Wood Buffalo Reservation keeps you on the edge of your seat wondering "who done it". If you enjoy mysteries with twists and turns and tension between characters, A Murder in Wood Buffalo is the beginning of your relationship with Galloway and Sgt. Ford. -- Kim Greyson, English teacher

I read Murder in Wood Buffalo and really enjoyed it. I found it well written, with a good mystery and pacing. The protagonist is appealing and someone interesting to follow in future books. I like the setting too and look forward to future settings (especially Mazatlan). -- Susan Calder, author of the Paula Savard Mystery Series & To Catch A Fox